How to Pass PMP® in 30 Days – Brian Burnett’s Story 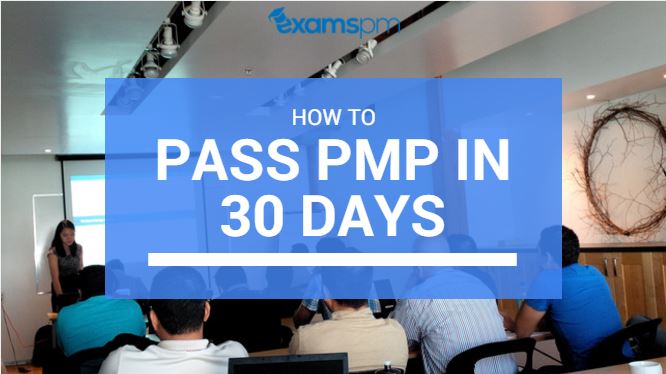 This post explains how to pass PMP® in 30 days.

He enrolled in ExamsPM’s PMP® training with no prior experience on Jan 7th and he passed just 4 weeks later. Here’s his story and how he passed his PMP® in such a short period of time.

Brian found ExamsPM through a simple Google search. After he took the free class, he knew this course was going to offer him the most value for his tuition.

Once he registered in the training, he began watching all of the lectures right away. When he finished one module, he completed the 50 practice questions associated with it.

After going through the course, Brian wrote his PMP® application, which he did in one day. Since his project experiences were similar to each other, he used the same project description for all of his projects initially.

That way, he could have submitted his application as soon as he completed the course. If he did the two tasks in parallel, he could have saved an additional week, and passed his PMP® in just 3 weeks.

After getting his application approved, it took Brian another week to do as many practice questions as possible.

The good thing was that Brian found the practice exam questions at ExamsPM to be harder than the questions on his actual PMP® exam.

During his exam, he kept on wondering, “when are the hard questions going to arrive?” and they never did.

When he walked out of the exam, he felt very confident he passed, and he did!

Here’s what he has to say about his PMP® journey in his own words:

“Last Friday I took my PMP® exam and passed it.  My training from ExamsPM was very helpful and enabled me to pass the exam on my first try.  I began my training four weeks ago and in that time I took the online training, practiced with the online exams, applied to PMI to be qualified to take the exam, and then took it.  I think your online experience is of very high quality. Thank you very much for the great training!”

If you want to connect with Brian on LinkedIn, his profile can be found at: www.linkedin.com/in/brian-burnett-013b8496

To listen to Brian’s full test strategy, listen to this our interview below:

Want to learn how you can get PMP® certified in 6 weeks? Register below for a FREE class to learn how!

Learn how you can get PMP certified in the next 6 weeks. Sign up for a free class & get our free study plan.